With nature within reach

Should you yearn for the peace of nature, you may enter one of the popular city parks or gardens within a couple of minutes. Even though wine was grown in many of them during the reign of Charles IV, the present day residents like visiting them for walks, sports, organising picnics, and admiring the views of Prague. In the winter, the parks turn into popular places for children who sledge and play there.

The entrance to one of the largest Prague’s parks is just a couple of minutes walking from the building. The park’s area is 354 ha and there are numerous walking paths and interesting views of Prague. The notional centre of the Košíře-Motol national park is the Cibulky park with its beautiful romantic buildings and several memorable trees. The natural monument Motolský ordovik where, if you are lucky, you may find a trilobite, represents an area of geological significance. Only a bit further lies the natural monument Vidoule, a unique tableland. 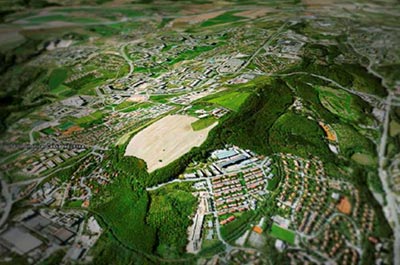 In the lower flat part of the gardens, there is a sports area and a playground with numerous obstacles to play with. You may also find a Jan Hus statue by Karel Pokorný and a statue of the poet Pablo Neruda there.

The original homestead was created as a large dominion for count Filip Ferdinand of London who bought Landronka in 1688 and built a holiday inn which was functional until the late 19th century there. The present day park was created after the second world war and was transformed into the form it has today between the years 2002 and 2010 when the Free time area was established there. Numerous paths and playgrounds, relaxation zones, and a top-level surface provide the ideal conditions for roller-skaters and families with children making Landronka one the most popular parks in Prague. 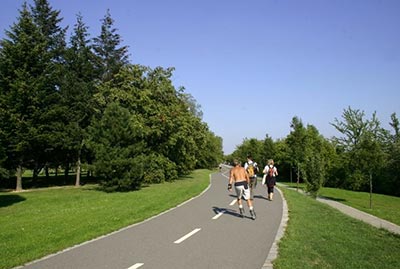 The Clam-Gallases, a Czech aristocratic family originating in Carinthia, built their summer residence there in the 18th century. A romantic garden built in the rococo style contains several interesting buildings, a playground, benches, and most importantly, beautiful old trees. You may find the garden picnic restaurant Klamovka which is a popular place for social and musical gatherings there. 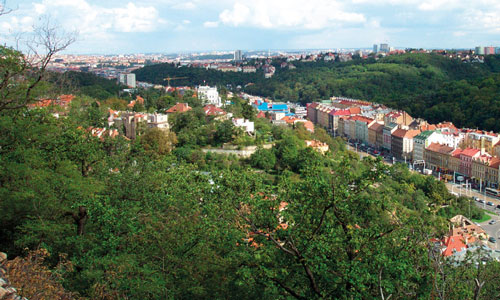 Smíchov beach – a tip for the summer days

It is only a 10 minute trip to the popular Smíchov beach situated at the quay of the upper waterfront. A 200 meter long sand area equipped with deckchairs, beach umbrellas, showers, and facilities for various sports represents an unconventional place for relaxation and a centre of fun, culture, and nightlife. 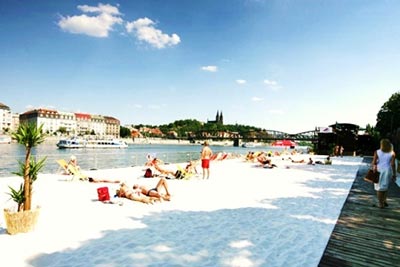